A family home on 1.87 hectares on the fringe of Murrumbateman in the NSW Southern Highlands is a reminder of the intrinsic value of space that all families inherently look for.

That’s according to George Southwell, Ray White Rural Canberra / Yass selling agent, who says recent listings in the area are appealing to families looking to relocate into regional areas. One listing in particular, Mr Southwell says, epitomises this trend. 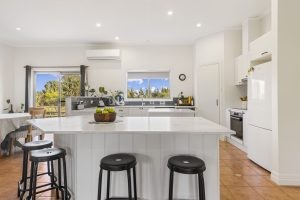 The 4 bedroom, 2 bathroom house on 1.87 hectares is Australian colonial inspired and nestled amongst established trees. Built north-facing, the design of the single-level home considered the growing family with its high ceilings, enclosed double carport and plenty of room to move.

Mr Southwell says it’s ready-to-move-in homes such as this that are grabbing the attention of traditionally metropolitan families. “It wasn’t that long ago that it was the dream to move your family as close to the city as possible. While that remains certainly true for some, the rising regional home prices, over the past 12 months especially, demonstrates demand and what we as agents know to be true: families need space and they want it so that it’s not onerous to maintain.”

The home lies within a quiet estate and lists several features inside and out. The kitchen was recently renovated, the carpets and walls have been refreshed and the living area was updated with timber laminate flooring. Outside, an extensive garden and established trees have been maintained and there are facilities to keep chickens and larger animals. 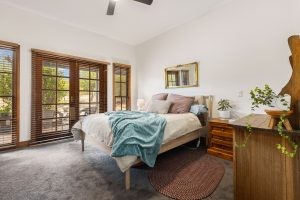 The property’s close proximity to Canberra and Sydney, with major services all accessible in nearby Yass, holds a key advantage, Mr Southwell says.

“Families want to be close to cities so they can access the benefits when they’d like, but not so close that their lifestyle becomes consumed by the frantic nature of city living. “After a time where families have been on one hand forced into close confines and, on the other, separated by lines on a map, space to be together but also be quietly separate has a whole new worth these days.”

To be presented at auction, interested parties are invited to contact George Southwell at Ray White Rural Canberra / Yass for further information and to arrange an inspection.

Back to all news
Up to Date